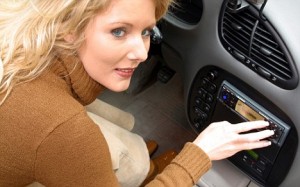 An ancient king once wrote “death and life are in the power of the tongue.” Do you think he was joking? Broken bones can heal, but how hard is it to recover from a hurtful word? Notice how long it takes us to get over cynical, sarcastic or bitter speech!

Let me tell you two stories – and they are true.

I once heard a radio announcer say: “A student just rang up asking for help to find all his school notes that he left on the bus. It’s two weeks away from exams, and he needs them to study.” Then he added: “It doesn’t matter, cos he probably isn’t going to pass anyway.” Outwardly we laugh, but if that student was already suffering from self-confidence issues (as many teenagers do), it could destroy him, and lead to exam failure (a self-fulfilling prophecy, so they say).

Compare that with a young man who was suicidal. In a last effort to find hope, he picked up a radio and scanned the dial. He chanced upon a station that was saying something positive about life and hope. He stayed listening. Then he came back and listened the following evening. Eventually he contacted the station, and was referred to someone who was qualified to help. Last I heard, that young man’s life was turned around.

Friends and fellow broadcasters, it’s not only our words, but the motivation behind them. Do we make a deliberate choice to speak in a way that will build up and encourage? If we don’t, we won’t!

So…every time you go into the studio, let me encourage you to say this to yourself: