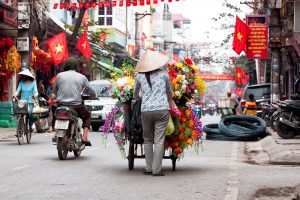 Is this picture worth a thousand words?

Is a picture really worth a thousand words? In this modern age…it all depends.

These days, people are increasingly used to visual media.  They watch YouTube, and Facebook’s LiveStream. They expect their information to come in bite-sized pieces with lots of graphics—stuff that can be easily digested.

But if you think that’s a problem for radio, think again.  Radio has a unique strength in just this area: we can help people use their imagination.  Rather than sitting passively staring at the images on-screen, radio listeners engage with a story because they’re activating their ‘theatre of the mind.’  It’s a place inside their heads used to fill in the blanks of what we presenters carefully—deliberately—leave out of our storytelling.  Why do we leave blanks?  For just that reason: to get our listeners to interact with what they hear.

If you’ve never tried writing a story or drama for radio, it does take a bit of practice.  It’s vital to write for the ear—but when we’re looking at the words on a screen, we’re processing them with our eyes. So read your script out loud before your programme, to check that you’re using talk-language.  Change whatever doesn’t sound like natural speech, including the words the narrator uses.

Remember that the listener cannot see the location or setting of your story—so describe it. But be careful how much detail you use. One time I wrote a story about trains when I was in a country that had electric trains…but I was writing for listeners in a country with diesel locomotives—trains that have a loud, poignant whistle:

<SLOWLY, SADLY> Makesh stood on the platform staring unseeingly at the hills behind the town.  This was the end of all his dreams.  A whistle sounded plaintively in the distance, as the train approached to carry him away from his hopes – and his glowing future.

Describing just the whistle and not all the details allows listeners to fill in all the rest with their imagination.  You could even use a sound-effect just for the train-whistle: it would draw out all the emotion of the story at that point.

Also, keep in mind that the listener doesn’t know the personality of your characters—so demonstrate it with their words (and emotions). What do you think is happening in this scene:

“When I say no, I MEAN NO!” Sudi snapped, hands on hips, leaning over Mitch.  He sank down in his chair and whimpered, “But boss….”

Mitch wants more time off, but he’s been taking too much, lately.  Sudi is mad about it, because sales have fallen. Anger and fear are great emotions on radio.  Don’t over-describe them…but use enough words to help listeners employ the “theatre of the mind” in their own heads, and complete all the details of the context with their own imagination.

The result of careful storytelling is that our listeners can engage much more deeply with a radio story than they can with something on a screen.  Pictures for the imagination? In radio, a thousand words is certainly worth a picture!