Studio Cams – are they worthwhile? 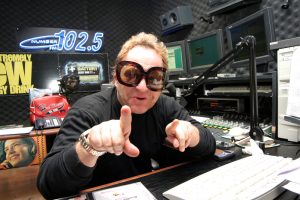 In recent years, as a way of meeting this challenge, radio stations have started simulcasting a live video stream from their broadcast studio. But, is this effective?

So, what do you think? Was I a little biased? Are there compelling reasons for having a studio cam? Has it been successful for you? Do you happen to enjoy watching live studio streams?

Continue the conversation. Let’s hear from you.